We are thrilled to announce that Ruby, Anna and Harry will be heading off on their adventures in 2020. Ruby is travelling to the Philippines and Anna and Harry are off to Mexico. Check back soon in the 'Testimonials' section for more information about their trips. Congratulations to all three of them and well done to all of the other applicants who weren't successful this time. It was certainly one of the most competitive years yet. 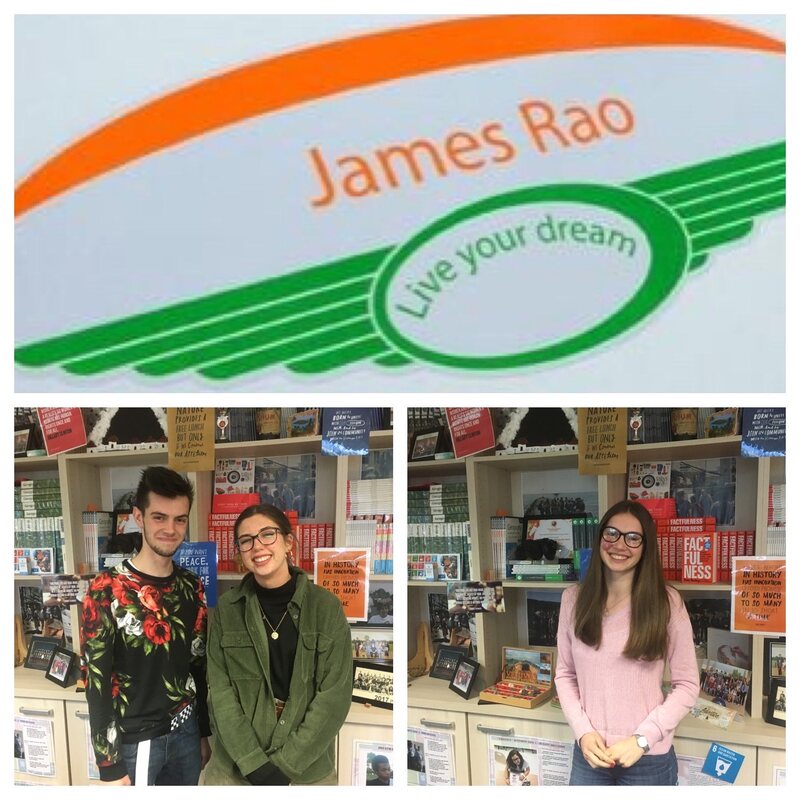 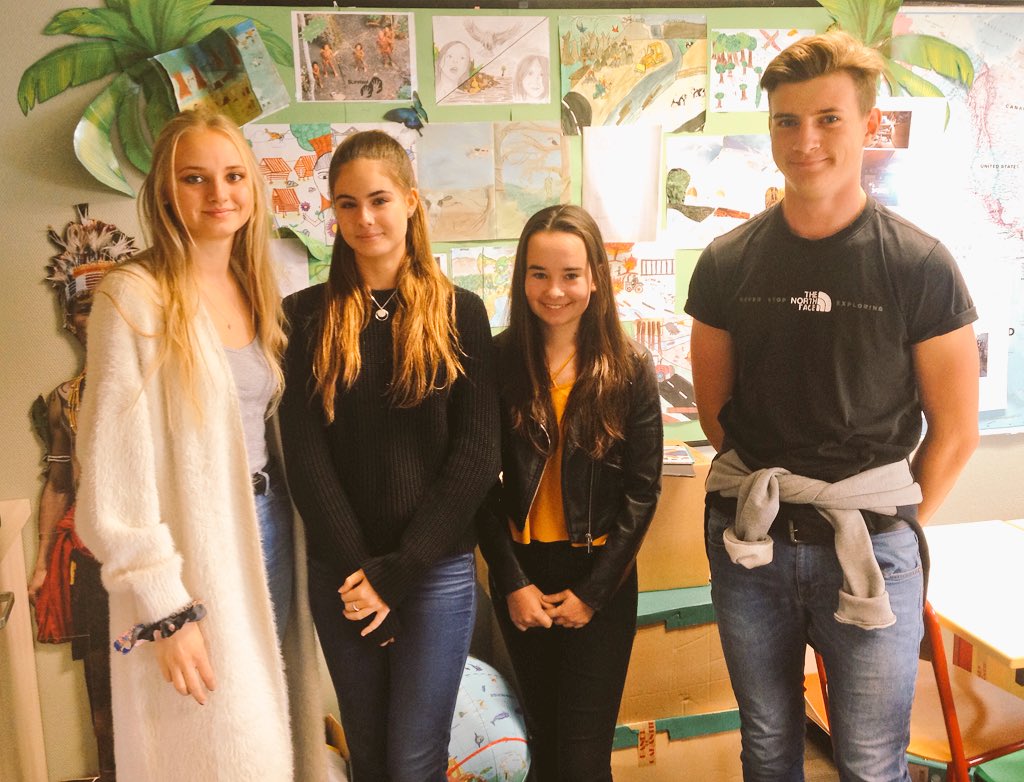 We would like to say a big thank you to Seb, Andres, Alain and Myriam who put together extremely strong applications but were not successful this time.

We are thrilled today (17-10-2017) to announce that the four successful candidates for 2018 funding from the Live Your Dream Foundation are:

We would also like to place our sincere thanks for the efforts of Pauline, Miriam and Antonio who were not successful this time. This was probably the most competitive field of applicants that we have ever had and the decision was far from easy!

We are proud that all our students took so much time and effort in their application procedure and preparation for the interview. We hope that our unsuccessful students will be back with their 2019 applications next year. 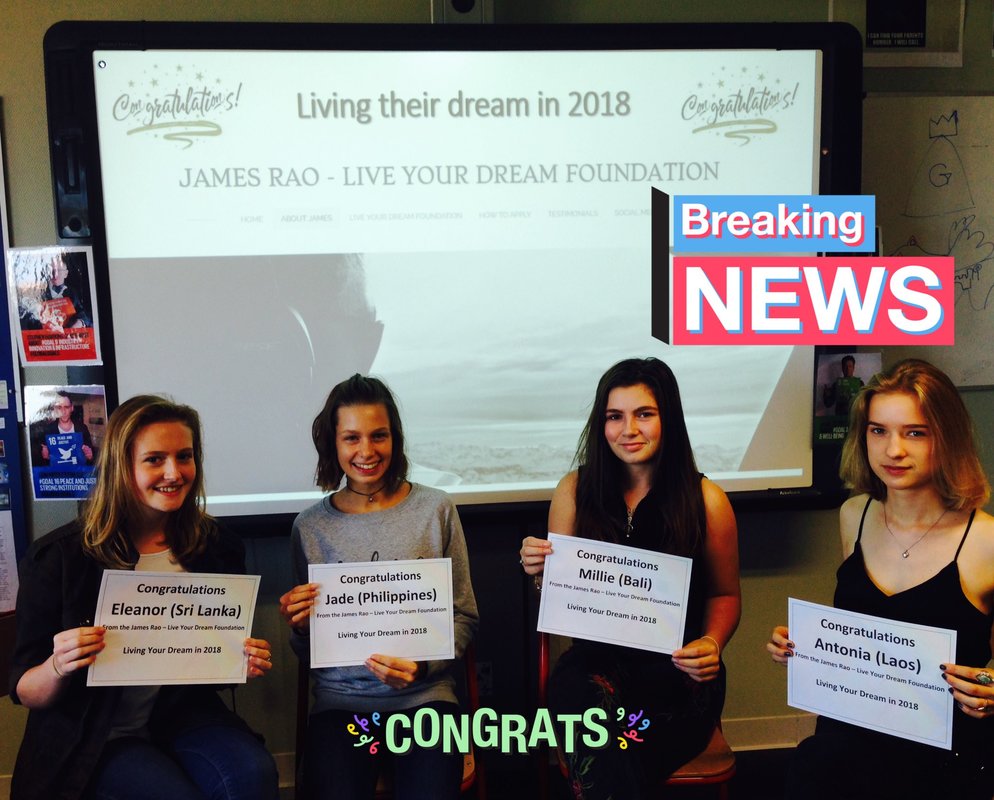 2017 Successful Applicants Announced
We are hugely proud to announce that the following students have been successful in applying to Live Their Dream in 2017.
​

This year, we received superb applicants from 15 IST students for visits ranging from Zimbabwe to Borneo. We would like the place on record our thanks to all students who applied but who were not successful this time. Where possible, we look forward to their renewed interest in the Foundation next year.

Thanks to Mr Noble for his help and support in the initial application process and to Mr Fretwell and Mrs Steinson for their hard work in shortlisting and final interviews. It wasn't an easy task at all!
School Press Release - 18 October 2016 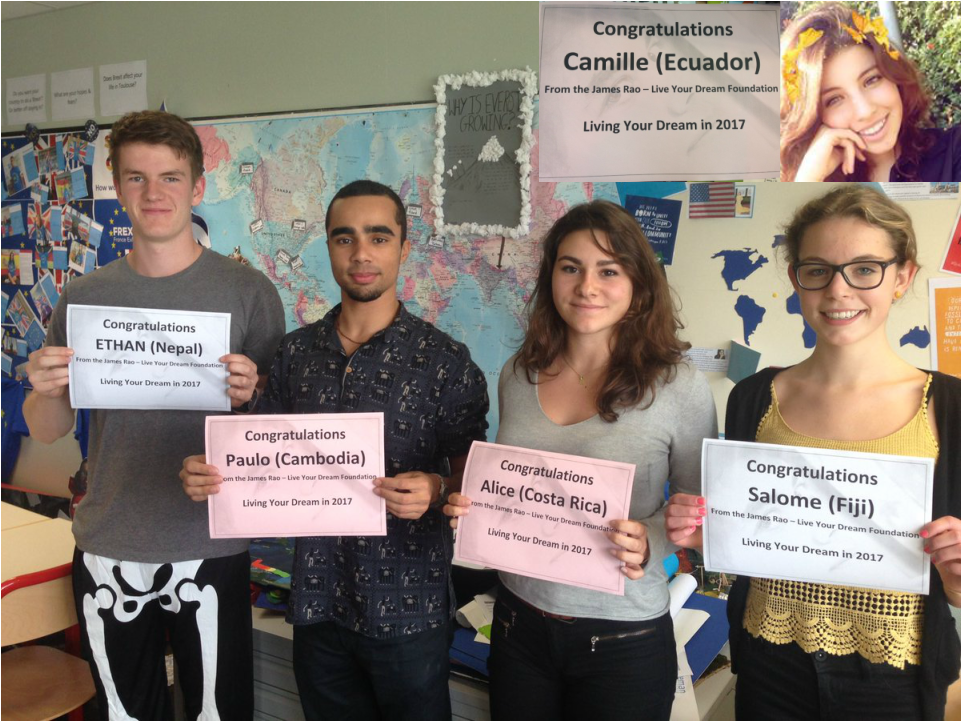 We have just completed the launch assembly and were thrilled and moved to have in our presence James's Mum and Dad as well as brother Matt and sister Emma. The date was chosen especially as it would have been James's 24th birthday and we thought that he would have been really pleased with the things that the students are doing in his name. All four successful applicants presented their ideas and Grace sent a little video from Rio as she is already undertaking her adventure. Thanks to Jim Noble for organising such a great event and to all participating students, parents and teachers for making it such a special occasion.
First Successful Applicants - Living Their Dream in 2016
Congratulations to all the students above who will be living their dreams in 2016. More to follow on the 'Testimonials' tab later this week.

The AirAsia Group took delivery of its 150th Airbus A320 today. The airline is dedicating this aircraft to James Rao, the son of Dr Kiran Rao, Airbus Executive Vice President; who recently lost his life to cancer at the age of 21.

This 150th Airbus A320, which will be operated by Malaysia AirAsia (flight code AK) is dedicated to celebrate James' life and his name was etched onto the aircraft to commemorate his life. James obtained his Commercial Pilots License in 2012 and was a First Officer flying the Airbus A320 aircraft. James had been an inspiration to many young people, achieving his dream of flying the A320 at such a young age and his active work in engaging with underprivileged children and orphans in Mumbai, India.

To continue with his son's legacy, Dr. Kiran Rao has set up a foundation aptly named 'James Rao, Live Your Dream' with the vision to help young people live their dreams and inspire them to be pilots.

Tony Fernandes, Group CEO of AirAsia said, "Kiran is a dear friend, and I've had the privilege to know James personally over the years. He was a great kid with a big heart. I have seen the good work he was doing with underprivileged children. We are glad to partner Kiran's family and contribute towards the 'James Rao, Live Your Dream' foundation which will help provide a platform to support more young people to become pilots."

The A320 single-aisle jetliner family is the world's best-selling, single-aisle aircraft family. It is used in a full range of services from very short-haul airline routes to intercontinental segments.

AirAsia stamps its dominance in Asia with a record total of 475 single aisle A320s and A320neos on order with Airbus with deliveries up to year 2026.

"The Airbus A320 aircraft has contributed immensely towards our business model and our operations as a group. We run a 100% Airbus A320 fleet across Malaysia, Thailand, Indonesia, Philippines and now India and look forward to continue our long-standing relationship with Airbus for many more aircraft to come in our expanding fleet," added Tony Fernandes.

At present, the AirAsia Group operates 167 Airbus A320s, which 150 aircraft are direct orders from Airbus; and services the most extensive network across the region with 88 destinations.

May 2014 - Force India Grand Prix Team
Force India add a tribute of their own to James for both the Barcelona and Monaco Grand Prix ion the 11th & 25th May 2014.